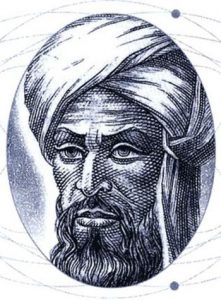 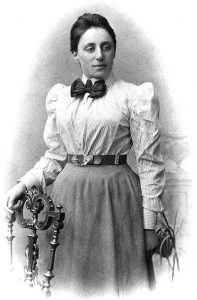 The Al-Khwarizmi-Noether Institute (AKNI) was created by Dr. Sari Ghanem on July 08, 2016, in Paris, France. It is a mathematics institute at the highest international level, named after Muhammad ibn Musa al-Khwarizmi, a ninth-century Persian scientist who worked in Baghdad and is traditionally seen as the founder of algebra, and after Emmy Noether, a twentieth-century German Jewish mathematician who is one of the founders of modern algebra. It is part of the foundation of AKNI that Dr. Sari Ghanem is the creator and the head of the institute and that he will remain a pure volunteer forever for all his activities in AKNI.

“Mathematics is an important part of culture and the most universal one; Al-Khwarizmi from Baghdad and Noether from Göttingen, both speak and understand the same mathematical language. It is through participation and contribution in human culture, that we keep alive, happy and beautiful. Mathematics is also, as of today, the most efficient way to describe and to understand the universe. It is through the triumph of the human spirit in creating mathematical objects and in meditating about them to derive magnificent and elaborate mathematical structures, that men and women were able so far to describe and predict some of the phenomenons of the world. Who knows how far you could go!”

The idea and initiative for the institute came from Dr. Sari Ghanem, a Palestinian mathematician born in Jerusalem and a French citizen. Dr. Sari Ghanem is born in Jerusalem where the Palestinians usually do not have any form of citizenship, went to a Palestinian Catholic elementary and middle school in Jerusalem – yet, his family comes from a Muslim background, and he himself is a non-religious absolute Agnostic –, thereafter, at the age of fourteen, he attended the secular French high school in Jerusalem, then moved to France for his undergraduate and graduate education, got impregnated with French culture and became a French citizen. He also spent four years in the United States of America during his graduate studies and during part of that time, he was a Research Assistant at Yale University, and completed his Ph.D. at Université Paris VII Jussieu in France. Thereafter, he worked at the Max-Planck Institute in Germany, and now he works at the University of Lübeck. 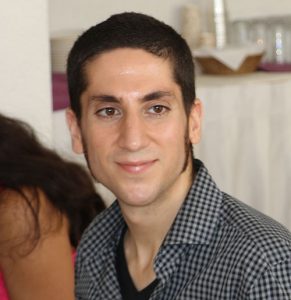 While pursuing his research in pure mathematics, Dr. Sari Ghanem wishes for young Palestinians to have equal opportunities in mathematical research at the highest international scientific level. Currently, there is not one single Palestinian in the world who has attained the level of a research full professor in pure mathematics at an international level, and there is almost no one in applied mathematics. Since Dr. Ghanem thinks that separation is a tool of power designed to keep the “inferior” inferior, he decided to overcome this by promoting top quality mathematical activities between Palestinians and persons from all backgrounds and communities including primarily Israeli individuals, however AKNI will not work with the Israeli governmental institutions. Consequently, Dr. Ghanem founded the Al-Khwarizmi-Noether Institute, a non-profit and non-governmental world class institute for mathematics.

It is part of the registered founding articles of the Al-Khwarizmi-Noether Institute that Dr. Ghanem will always remain volunteer, working on a purely voluntary basis without any payment for any of his activities whatsoever, but he can hire persons with a salary to work for AKNI. The officially registered goals of AKNI were composed by Dr. Sari Ghanem. The institute has several objectives, the main one being the promotion of mathematics in Palestine and among Palestinians in the world, ultimately leading to Palestinian and Israeli individuals working on equal terms, together, on mathematical research projects. AKNI also wishes to encourage women and minorities of all kinds (ethnic, sexual orientation, etc . . .) to engage in mathematics. Finally, AKNI would like to support the study of the mathematics educational system in Palestine so as to improve math education everywhere in the world. The goals of AKNI are:

The members of the Al-Khwarizmi-Noether Institute are: first class research Professors; Associate Professors; Assistant Professors; Postdoctoral fellows; instructors and lecturers; graduate and undergraduate students; educators and administrators to run the institute. The Professors of AKNI are only extremely serious mathematicians at the highest international level.